Walk out into your warehouse and take a look at the first forklift you see. See if you can answer a quick question: How many hours a day is that forklift in use?

Whatever you answer, the simple truth is that it’s probably wrong.

“If you say eight hours, because that’s the length of a shift, that’s not really completely accurate,” says Frank Russo, vice president of sales, marketing and dealer development for HC Forklift America. “Most likely it has some downtime – even if it’s just two breaks and lunch for the operator.”

Now factor in how that forklift is used, what type of battery it has, the related maintenance costs, electrical costs (if it’s a rechargeable battery), and a host of other factors, and it’s easy to see a universal fact: Most companies really have no idea what the cost is to actually power their forklifts. And that’s not your fault.

“What you really need to figure this out is a power study,” says Harold Vanasse, Senior Director of Marketing, Motive Power Global at EnerSys. “You can sit and guess, but it’s much more accurate to just do a power study, which is a highly analytical way of understanding what the power demands are on your batteries.”

“Square one is really a ROI assessment from your battery company,” he says. “They’ll all pursue the same basic information: your fleet itself, the forklift utilization rate, the number of shifts, and a lot of other costs that you wouldn’t think to include, like the number of cycles left in the life of the battery, for example.”

More importantly, having an annual (or more frequent) hard look at your batteries can avoid a number of problems, as well as ensuring that you are optimizing your battery usage. It might be nice to invest in the latest and greatest, but that may not be exactly what’s best for your operation.

Russo gives an analogy from earlier in his career to illustrate this point. “Really, it’s about keeping in mind that guys like us need to sell people batteries based on what they need,” he says. “I had a client tell me one time, ‘I don’t need a Mercedes-Benz [battery] for this application, all I really need is a Volkswagen.’ And he was right. There are scenarios out there where the best battery for the job is your basic, traditional lead-acid battery.”

If your particular operation went gangbusters during the pandemic – and many material handling operations did, especially those that serve the consumer market – you might be maxing out your power capacity without even knowing it. If you’ve added extra ships, are moving more volume, or expanded in any way, that’s having a real effect on your batteries.

“We have some clients, especially those in food and consumer goods, double their operations last year,” says Forbes. “The pandemic heightened consumer expectations for delivery times. And in response, people started running multiple shifts and having their operations going 24/7. If that’s your operation, now’s a great opportunity to get a power study done so you can ensure you have the right capacity you need.”

“You might now find yourself in a situation where your battery isn’t able to keep up on some of your equipment,” says Vanasse. “That’s going to lead to operators trying to push the equipment, which can cause maintenance issues to start.”

While it might seem logical that the most advance battery technology will provide the biggest ROI, that’s not always the case either.

“You could end up investing in a battery that offers a higher capacity than you actually need,” says Forbes. “In that case, you’re wasting money on capacity that you’ll never use.”

That’s often the situation with the decision between lead-acid and lithium-ion batteries.

“If you have a smaller operation and a smaller fleet, with a lower utilization rate, lead-acid might actually be more economical,” he says.

But that’s not to say that you shouldn’t count out lithium-ion batteries. While they’re no longer the new kid on the block, there’s still room to grow, and their price has come down.

“Right now, lithium-ion only has about a five-percent market share,” says Forbes. “But we’re really starting to see the impact they can have on an operation. We have more than 9,000 batteries now that have been in the field more than five years. It’s a proven technology and it now has a track record.”

The key is to look at the battery plus all operational costs. Lithium-ion batteries are maintenance free, but there is the added electrical costs of charging them. Lead-acid batteries require maintenance, washing and have a more limited life.

“You only have so many cycles on a lead-acid battery,” says Russo. “You can’t take advantage of the opportunity charging a lithium-ion battery offers. You don’t want that to happen when the operator takes a break or go to lunch, because it’s not going to be a full charge and you’ll waste a cycle.”

“We’re also seeing that companies don’t want to do battery maintenance anymore, they don’t want to do the battery washing,” says Vanasse. “And it’s true, lithium-ion are generally less expensive to maintain.”

Russo says that HC Forklift America introduced a Lithium-ion Lite battery in mid-2020, which provided the technology at a price point closer to traditional lead-acid batteries.

“It offers all the benefits of a lithium-ion battery at a lead-acid cost,” he says. “And we offer a 10 year/20,000 hour warranty. So you can use it on a forklift, and when the lease is up, take the battery off and put it on the new forklift. They have an incredibly long life.”

One of the biggest advantages of using lithium-ion batteries actually has little to do with their capacity, efficiency or potential cost savings. Instead, it’s their ability to communicate data. Like many facets of a material handling system, advanced battery technology includes data sharing.

“The onboard battery manager actually collects a lot of useful information, from the battery health to the truck’s actual operation,” says Forbes. “Let’s say you have two forklifts. When you look at the data, you can see that forklift A works 30% harder than forklift B, and without that data, it’s not something you would have ever normally noticed.”

In that scenario, the logical solution is to swap out Forklift A with Forklift B on a regular schedule, which not only extends the life of both forklifts, but brings the battery usage down for Forklift A and up for Forklift B.

“The level of data we have now is new, and it’s something that companies should really be using to their advantage,” he adds.

Laurie Arendt is an award-winning business writer based in Wisconsin. Her writing regularly appears in national trade publications in a variety of industries. To contact Laurie email editorial@MHNetwork.com. 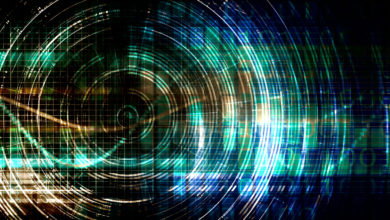 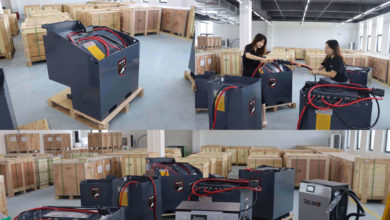 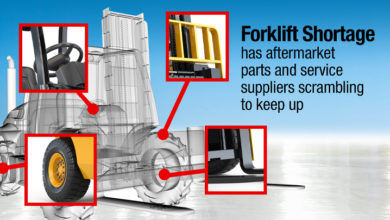 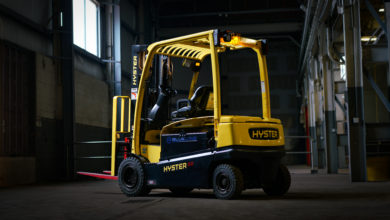