Companies fail for a variety of reasons. And more often than not, we don’t want to admit it occurs most frequently because of our own actions – or more importantly – our own inactions. Even though we can argue issues like cash flow, pandemics, disruptions, and the inability for teams to innovate – organizational failure actually boils down to three core killers.

Nokia lost the smartphone battle because of divergent shared fears among the company’s middle and top managers, which led to company-wide inertia that left it powerless to respond to Apple’s game-changing device.

The fear that froze the company came from two places. First, the company’s top managers had a terrifying reputation, which was widely shared by middle managers—individuals who typically had titles of Vice President or Director in Nokia. Some members of Nokia’s board and top management were described as “extremely temperamental” who regularly shouted at people “at the top of their lungs”. One outside consultant noted it was very difficult to tell them things they didn’t want to hear. Threats of firings or demotions were commonplace.

Secondly, top managers were afraid of the external environment and not meeting their quarterly targets, given Nokia’s high task and performance focus, which also impacted how they treated middle managers. Although they realized that Nokia needed a better operating system for its phones to match Apple’s iOS, they knew it would take several years to develop, but were afraid to publicly acknowledge the inferiority of their operating system at the time, for fear of appearing defeatist to external investors, suppliers, and customers and thus losing them quickly.

Nokia, sadly, has become well known for its CEO’s closing remark when he announced the company’s purchase by Microsoft: “We didn’t do anything wrong, but, somehow, we lost.”

Lesson learned: Young entrepreneurs gain success because of their fearlessness, but they also have failures. The difference is that they don’t let the fear of failure stop them from moving forward.

There are few examples of complacency as staggering as Kodak’s missed opportunities in digital photography, a technology that it invented. This was the direct cause of Kodak’s decades-long decline as digital photography destroyed its film-based business model.

Around the time that Sony introduced the first electronic camera, one of Kodak’s largest retailer photo finishers asked them whether they should be concerned about digital photography. Kodak conducted a very extensive research effort that looked at the core technologies and likely adoption curves around silver halide film versus digital photography. It pointed to the conclusion that the adoption of digital photography would be minimal and non-threatening for a time.

The problem is that, during a 10-year window of opportunity, Kodak did little to prepare for the later disruption. In fact, Kodak made exactly the mistake that George Eastman, its founder, avoided twice before when he gave up a profitable dry-plate business to move to film, and when he invested in “colorized film” even though it was demonstrably inferior to black and white film (which Kodak dominated). The complacency in the existing business profitability left them flat-footed and out-of-business shortly thereafter.

Lesson learned: Just because your business model is working today, doesn’t mean it will work tomorrow. The difference between companies that survive and companies that don’t is an embedded organizational resistance to complacency.

Why did Blockbuster fail? The video-rental company was at its peak in 2004. They survived the change from VHS to DVD but failed to innovate into a market that allowed for delivery (much less streaming).

While Netflix was shipping out DVD’s to their consumer’s homes, Blockbuster figured their physical stores were enough to please their customers. Because they had been the leader of the movie rental market for years, management didn’t see why they should change their strategy.

Back in 2000, the founder of Netflix Reed Hastings proposed a partnership to the former CEO of Blockbuster John Antioco. Netflix wanted Blockbuster to advertise their brand in the stores while Netflix would run Blockbuster online. The idea got turned down by Antioco because he thought it was ridiculous and that Netflix’s business model was “niche business.” Little did he know that Hasting’s idea would have saved Blockbuster. In 2010 Blockbuster filed for bankruptcy and Netflix is now a $28 billion-dollar company.

Lesson learned: True innovators are never satisfied – they are almost driven by the continual push to find new, better, simpler ways to do things. This translates to new ideas and approaches which disrupt organizational complacency. Just check out https://killedbygoogle.com/ and you’ll see how many projects Google has launched and sunsetted.

Customer-centricity is an approach to doing business that focuses on providing a positive customer experience both at the point of sale and after the sale in order to drive profit and gain competitive advantage.

For online shoe and clothing retailer, Zappos, its customer-centric strategy starts with its own employees. Zappos believes that organizational silos can counteract a customer-centric mindset, and so it gives all employees a flexible structure, where nobody has a formal title and everybody works within a team that they are passionate about.

Central to this is the Zappos Customer Research group, which uses various methodologies to gain insight into what customers truly need. Speaking at CX Innovation and Tech Fest, Alex Genov, Head of Customer Research for Zappos, explained how the company uses a mixture of usability testing, customer surveys, and in-depth interviews to gain a holistic view of the customer.

Interestingly, Zappos (which is owned by Amazon) also sees this customer ‘obsession’ as a differentiator from the competition. It prides itself on human-powered customer service – something that is evident on its website. For one, its telephone number is listed at the top of its homepage, alongside a prominent ‘Customer Service’ menu dedicated to key information for customers. It also ensures that each call includes friendly and conversational elements rather than being purely business-focused, helping to cement a bond between the brand and customers at every touchpoint.

Entrepreneurial Culture is a system of shared values, beliefs and norms of members of an organization, including valuing creativity and tolerance of creative people, believing that innovating and seizing market opportunities are appropriate behaviors to deal with problems of survival and prosperity, environmental uncertainty and competitors’ threats and expecting organizational members to behave accordingly.

Lemonade is an excellent example of an entrepreneurial culture. Shai Wininger and Daniel Schreiber founded lemonade in 2015. CEO Schreiber earned his law degree at King’s College in London and went on to work on in Tel Aviv, Israel. At age 26, he quit the law to start an internet security company. While this endeavor did not lead to success, he moved on to work in various marketing and tech-related positions.

The pair met through a mutual friend in 2014 as Schreiber was looking to start a business again. Since both founders didn’t possess any work experience within insurance, they hired industry veteran Ty Sagalow as their Chief Insurance Officer. Together, the trio made a bold decision: Instead of selling insurance policies backed by established players, Lemonade would become a licensed carrier itself. This meant the company had to retain claim liability on its own balance sheet.

The concept has proven to be appealing to their customers right from the start. After their official launch in 2016, the company managed to sign up over 14,000 customers within half a year. Later that year, another $13 and $34 million in Series A and B funding respectively were injected into the company, proving the appeal of their business model. Even though Lemonade is technically a startup company, they have taken a fresh outlook and approach to an incredibly rigid and entrenched industry, taking their innovation from concept to IPO.

Employee empowerment can be defined in a number of ways. It’s about accountability and trust. It’s when you give employees a certain degree of autonomy and responsibility for decision-making in their daily work. But it’s more than just that. When you empower employees to step up, make their own decisions, and pave their own path to success, you create a better workplace culture.

The airline industry is often mocked for grumpy employees and poor customer service, but Southwest Airlines bucks those trends. Customers loyal to Southwest often point to happy and friendly employees who try hard to help.

Southwest isn’t new to the game. It’s been in operation for 43 years. Yet somehow, during all that time, the company has managed to communicate its goals and vision to employees in a way that makes them a part of a unified team. Southwest also gives employees “permission” to go that extra mile to make customers happy, empowering them to do what they need to do to meet that vision. In short, employees who are convinced of a larger common goal are people who are excited to be part of a larger purpose.

Many companies can be successful due to timing, opportunity, or even luck, but those that sustain and flourish are ones who get out of their own way by avoiding key pitfalls. Because you don’t need to be your own worst enemy to success.

Changing seawater hints at future for adhesives from sea creatures

Culture Of Winning – Part I 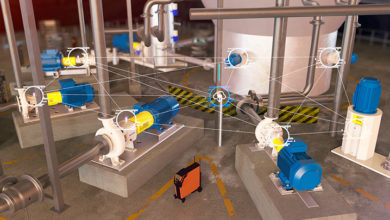 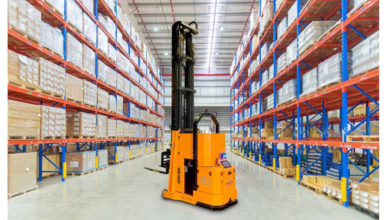 AutoGuide Reinvents Storage and Retrieval with a Flexible, Fast-Moving Alternative to Traditional ASRS 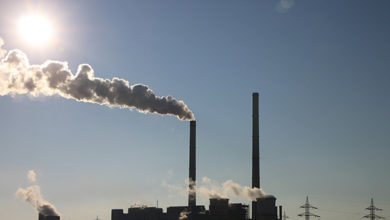 Let’s be honest about CO2 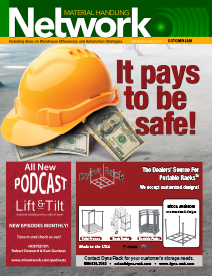