Take a look inside any modern warehouse operation and you’ll find a manual labor force working side by side with technology, each performing tasks specifically suited to their abilities. Forklifts hoisting 1-ton pallets to dizzying heights while humans run the controls. The goal is not to replace the human component, but to enhance storage, distribution and fulfillment with the most advanced and efficient tools available

But now an unyielding, undiscriminating labor shortage is threatening the employee side of the equation, forcing warehouse managers to explore new technologies — and quickly.

“The issue of labor shortages is not a relatively new one, and many companies already had automation in mind. The additional strains on the already-taxed system are driving companies to expedite their automation projects and are looking for ways to speed up the process, ” said Derek Rickard, Director of Sales at Cimcorp.

The labor market was already tight prior to the pandemic, said Chuck Harris, Vice President of distribution and fulfillment at Material Handling Systems. The lowest employment rates in the last half century meant there were fewer people looking for work. Warehouse employee turnover was nearly 46% in 2019, he said.

“Then the pandemic hit, spiking the unemployment rate to double digits and lifting annual turnover to nearly 60%,” Harris said. “Virus-mitigation measures like social distancing also challenged operations to limit employee headcount in their facilities and maintain space between workers, while still keeping processes moving, especially as e-commerce volumes skyrocketed because of the pandemic.”

Yes, the same pandemic that limited the labor pool also drove more people than ever to buy everything from groceries to vacuums online. Prior to the pandemic, e-commerce had already more than tripled between 2007 and 2019, Harris said. Add to that consumer demand for more variety and record delivery times.

“Due to this, warehouses have to keep a greater variety of SKU’s for fulfillment, which means automation solutions can be used to save space on the warehouse floor,” Rickard said. “Automation brings six times more efficiency with 50% better space utilization with higher density.”

To be sure, human capital is still a vital part of the equation; but automation simply optimizes all aspects of the warehouse and storage industry.

“Automation remains the buzz word for the industry. Understanding how to efficiently integrate automation into any organization’s material handling strategy is now more than ever at the forefront of the project,” said Baker Industrial Supply Vice President Joe Rooney.

Among the many benefits of automation cited by industry leaders are:

• Relieves employees of the physically demanding and repetitive work

The labor shortage has made limitless the opportunities to integrate automation into every part of the warehouse operation, Paramore said. Drones, robots, cranes, automated lifts and computer programs are being merged into all aspects of operation, from automated storage and retrieval, to inventory management, to staging.

“The growth and creativity of autonomous mobile robotics (AMRs) and the move from traditional powered industrial trucks and AGVs to natural feature navigation, as well as other emerging technologies, is extremely exciting to watch emerge within the Intralogistics market,” said ePicker General Manager Jason Bratton.

Robotic vehicles in particular have dramatically enhanced warehouse operations, helping to move pallets hundreds of yards away to staging areas, where they are picked up by a forklift.

“There are examples after examples, but another is in the consumer goods space, where taller storage racks are common. In that setting, our robotic lift trucks are used to put away and retrieve pallets in storage locations as high as 30 feet in the air,” according to Paramore.

Advancements in AMR technology have truly changed the playing field in fulfillment operation centers. Today’s mobile robots need no fixed path and use sophisticated mapping routes to find the most efficient course along any navigable route, according to a Materials Handling System video. They recognize when they need a power boost and return to a charging system.

Paramore said that operator assistance technologies are another innovative option that warehouses can explore.

“While the operator retains ultimate control of the truck, an operator assist solution like Yale Reliant automatically adjusts lift truck performance based on proximity to pedestrians and obstacles, load weight, equipment status and location-specific rules,” he said.

Warehouse operators are also making use of labor management systems, software that manages human operations within a distribution center. Bratton said they provide an opportunity to evaluate standards, conditions and performance.

“Early results show an improvement in productivity when employees are being invested in and performance is measured in real time. Observation and analysis of KPIs can drive positive performance when utilized in a positive culture to drive peak performance,” he said.

Rickard said that warehouse operators can also explore other avenues like building automated micro-fulfillment centers closer to customers who are ordering items online.

“This would help with orders and curbside pick-ups if automation handled it for them in the facility,” he said.

Bratton noted that the trends in automation have led to smaller units per order, but an accelerated increase in the number of orders per day, yet reducing the expected delay between order and delivery.

Ultimately, advancements in automation have helped to realign the relationship between humans and technology, optimizing the roles that each fulfill. It largely has shifted the monotonous, back-breaking work to the machines, while also ensuring higher accuracy rates that technology provides. Employees, meanwhile, are focusing on more fulfilling, value-added tasks.

“Automation helps to remove the human error element, especially when it comes to employee fatigue-related incidents,” Rooney said. “Obviously the more one can automate their systems, the easier the workload will be on the employees, thus leading to a higher retention rate.”

Perhaps most important, automation has been shown to reduce workplace accidents. The U.S. Bureau of Labor Statistics reports nearly 150,000 back injuries per year in the workplace.

“Deploying automation, like automated guided vehicles (AGVs) that transport bulky items, can also help spare employees from manual lifting and twisting that can lead to repetitive stress injuries, allowing them to focus on tasks that benefit from human judgment, like quality assurance inspections,” Harris said.

It can also benefit an employee’s mental wellness. Paramore points to studies that have shown how monotonous work can negatively impact mental health, cause major stress and lead to burnout.

“In her paper, ‘Neuroscience Reveals that Boredom Hurts,’ Dr. Judy Willis, a neurologist and former classroom teacher, claims that when we’re bored, our judgment, goal-directed planning, risk assessment, focus and control over emotions all suffer,” Paramore said. “As the conversation around employee engagement continues, robotics can play a part in shaping more meaningful work experiences.

Improved job satisfaction is significant for individual employees, but it’s also a boon to operations.”

So, while the machines can be reliably sourced from suppliers, warehouse operators are continuing to compete for limited employees, offering sign-on bonuses, higher wages and other incentives. Some use temporary workers, while others shy away from it.

Rooney said he is proud of the higher-than average pay rates that Baker offers and the employee retention rates that result from the company’s practices. They choose not to hire temporary labor and have even been approached by other companies for help in that area.

“In fact, over the past 16 months, we have routinely been asked to supplement installation services on projects where we were originally contracted for AGV (automated guided vehicles), wire guidance or other non-rack related services,” Rooney said. “Again, we find in 100% of the cases where we have been asked to step in and assist, the installer on the project was recruiting local short-term temp labor due to their own labor shortages.”

“Really, robotics fit into the mix easily, once you factor in your fully burdened labor rate for two and three shift applications and compare it to an hourly rate of a robotic lift truck. You’ll then see incentives that some companies are realizing,” he said.

“With the labor market currently very sensitive to wages, there are a lot of reports of employers offering incentives and higher pay to attract employees. Increasingly capable robots working in ‘cobotic’ workflows, in which human workers collaborate with robots, can also help support a strategic division of labor that offers more satisfying, engaging responsibilities to employees,” Harris said.

Lisa Curtis is a freelance writer based in Cedarburg, WI. She has nearly 30 years’ experience working for local newspapers and magazines, including serving as managing editor of the Ozaukee News Graphic. She is also the author of the book “Images of America: Cedarburg.” To contact Lisa email editorial@MHNetwork.com 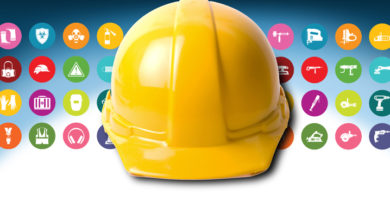 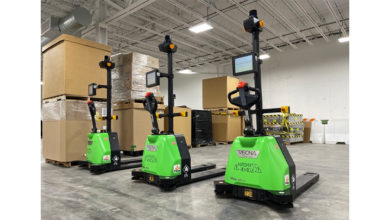 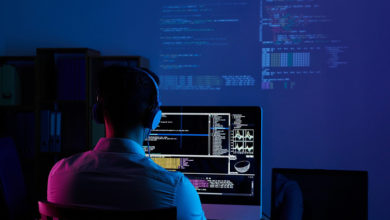 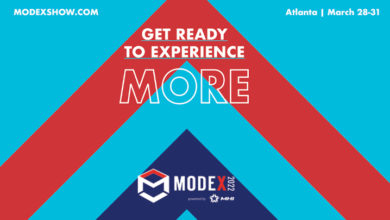 On March 28th, you belong in Atlanta. 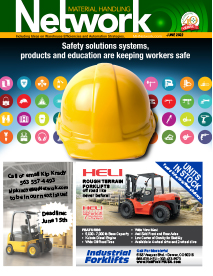