According to Universal Robots (UR), in 2019, around 38 percent of the manufacturing labor force still moved parts manually between bins and manufacturing machines, rather than using industrial robots. Why the slow adoption? For designers and engineers of industrial robots, the random nature of automated bin picking presents some of the biggest challenges. Here, Claudia Jarrett, US country manager for industrial automation supplier EU Automation, explains why better 3D vision systems are the answer.

The act of picking up and randomly sorting objects may come naturally for humans, who can perform the task countless times each day. However, it’s much harder for robots, which rely on 3D vision systems, data and programming rather than innate intelligence.

Production line applications for robots have historically been repetitive, from the first industrial robot systems that appeared on General Motors’ US assembly lines in the 1960s, to modern tasks like screwing lids on bottles. In contrast, bin picking invites all kinds of random external factors.

Automated bin-picking robots can reduce the time and costs manufacturers normally spend on these applications while freeing up human workers to focus on more productive and valuable tasks. But, if that’s true, why were around 38 percent of the manufacturing labor force still moving parts manually in 2019?

Let’s look at some of the major challenges of automated bin picking, and what manufacturers can do to overcome them.

Bin picking robots are required to handle objects that may be tiny, thin, porous, or deformable. The objects might be densely packed or piled on top of each other. For instance, let’s imagine bottles are lying randomly in a bin and must be picked and placed on a conveyer belt. A robot interacting with a production line will usually be placed in the same position, every time. So, if the chain suddenly accelerates or decelerates or a product ― let’s say a bottle ― falls over, the robot’s programmed movements will not adapt to this.

A robot would need exceptional vision and sensors. First, to negotiate and grab the randomly-positioned bottles and, second, to perform its task without damaging any bottles. Because robots rely on wide baseline cameras, they can miss objects ― if, for instance, they are obscured by shadows ― or perform mispicks. In short, bin picking involves an array of tasks that are never the same, which many robots are ill-equipped to contend with.

Another issue for industrial robots is shiny, reflective objects — examples include products with shiny metal surfaces, or that are wrapped in plastic. Light reflected by these surfaces can cause point cloud artifacts, or irregularities, which interfere with the 3D vision systems robots rely upon. These systems determine the location where robots need to pick an object from and communicate how they need to position the picking arm. However, reflection interferes with the necessary data quality and CAD matching processes, which can cause the robot to perform faulty calculated picking positions.

These issues often arise from inadequate vision systems. Less-expensive 2D and 3D vision cameras are affordable for smaller manufacturers, but many of them are not optimized for piece-picking applications. Robots might be able to detect objects with such a solution, but they cannot pick them every time due to scaling, rotation, or translation errors.

Instead, advanced 3D vision systems are needed that can quickly recognize objects of similar shapes, colors, and materials. After all, fast sorting is one of the major advantages of bin picking robots — in some cases, the process has been known to double time and costs when performed with humans.

A popular choice is solutions by Norway’s Zivid, which develops industrial 3D machine vision cameras and vision software. The company’s industrial Zivid 3D cameras, for instance, offer an optimized resolution, precision, and trueness to reliably capture both the fine details for large parts, as well as tiny and thin objects.

UR’s report also observed that most real-world bin picking deployments were found at large, sophisticated manufacturers like automotive original equipment manufacturers (OEMs). Yet, at the same time, most bins and manufacturing machines are found within small-medium enterprises (SMEs), which have the least capital and expertise required to create a bin picking system. Therefore, SMEs need cost-effective bin picking solutions that can be easily used by non-experts and newly-trained staff.

Energid is among the companies helping to democratize automated bin picking. It offers a complete pre-integrated system with all the necessary complexity, including sensor configurations, imaging, and path planning. The system is pre-figured within software previously used in mission-critical applications for NASA spacecraft, and in autonomous robots for oil drilling platforms and surgical applications.

Users can simply plug in and use the robot with no setup required.  This reduces installation time to mere hours. The installation and training time are minimal, according to Energid. The robot then performs its tasks without the need for user-defined waypoints or tuning.

Elsewhere, designers and engineers of industrial robots are attempting to apply Deep Learning techniques to automated bin picking applications. Although artificial intelligence (AI) is very effective for image classification, the results have so far been disappointing, given the random nature of bin picking.

As robots and smart sensors increasingly prove their worth, the support of an industrial parts supplier can be vital in helping manufacturers choose the right sensor for their packaging application. Parts suppliers, like EU Automation, can source sensors for packagers, ensuring the transition can be achieved without requiring a complete overhaul.

Such advancements, along with ground-breaking technologies like sensor networks and the IoT, can help ensure that robots can handle the moving of parts between bins and manufacturing machines, freeing-up human workers to focus on more demanding and valuable tasks.

To know more about the range of new, reconditioned, and obsolete parts available from EU Automation, visit www.euautomation.com. 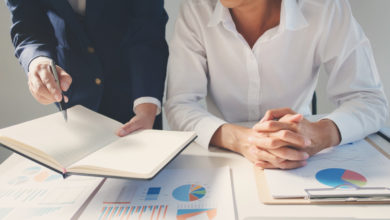 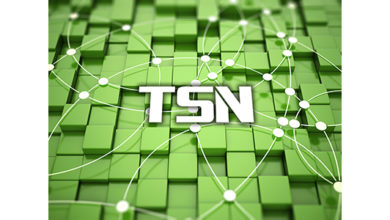 Three ways your communications network can drive up sustainability 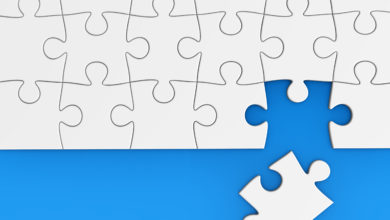 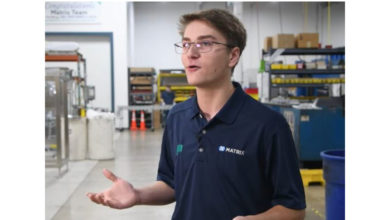