In the last ten years, collaborative robots have become almost as ubiquitous as industrial robots, with companies citing increased productivity as the reason for choosing them, according to robotics manufacturer Robotiq. But how exactly do cobots influence the workflow and what are some of the challenges of using them on the factory floor? Here, Claudia Jarrett, US country manager at industrial automation supplier EU Automation, explains how some of the most common downsides of cobots are being overcome.

According to Market Data Forecast, the global cobot market is expected to grow from $ 981 million in 2019 to $ 7,172 billion by 2025 at a compound annual growth rate of 41.8 per cent between 2020 and 2015. Cobots are one of the most effective technologies to optimise human-machine interactions and they have numerous advantages over traditional industrial robots. They come in smaller sizes, which makes it easier to relocate them, but they are also easy to install and integrate in the production’s layout. They are also a cost-effective investment, bringing a fast ROI. One of their greatest advantage is, as the name suggests, the fact that they collaborate with humans using smart sensors to avoid collision.

Nevertheless, there are also a few challenges manufacturers should be aware of before choosing cobots.

Mobile cobots rely on batteries to power, which can quickly run out if not connected to a power source. This can cause serious downtime for manufacturers if the cobot stops in the middle of a task.

To keep mobile cobots running around the clock manufacturers can use a fully automatic charging station, like the one produced by Mobile Industrial Robotics. The cobot autonomously returns to the charging station and connects when its battery falls an under established threshold. It can also be programmed to regularly recharge between tasks, which can allow the cobot to run nearly continuously.

While cobots can be programmed to perform detailed and complex actions, they lack the ability to detect abnormalities, such as variation in raw materials or the correct placement of components. This makes them less flexible than human workers, who have to double-check the work completed by their automated colleagues. In a case study for the International Design Conference 2018 titled Designing human-robot collaborations in Industry 4.0, the authors found that in the three companies they studied, all of the workers considered this a frustrating downside, which led them to distrust cobots.

Another challenge is precision in bin picking, one of the most sought-after tasks for cobots. Cobots can be programmed very easily to pick up something at a specific location but picking becomes more challenging when objects that the robot arm has to grab are mixed and overlap in a container. This is where vision systems and machine learning come into play. Using 3D vision systems and ultra-high-speed imaging processing facilitates applications such as identifying, counting, measuring, or reading barcodes. This enables cobots to bin-pick random parts with unprecedented precision.

Handling fragile or delicate materials without damaging it can also be problematic for a cobot. However, there are efforts to use static electricity, instead of traditional grabbers, for delicate pick and place applications. For example, Nike applied an innovative solution to manufacture its sneakers using cobots that can assemble parts 20 times faster than humans, without damaging the delicate fabric. The company used the electro adhesion-based robotic grippers developed by Grabit, which use flat pads of electrodes that, when charged correctly, create an electric field that adheres to nearly any surface. This allows them to pick up objects without squishing or crashing them — in fact, the grippers are so sensitive that they can pick up an egg without breaking the shell.

To operate safely and not harm humans, cobots normally need to compromise on other capabilities, such as speed. According to business platform Entrepreneurs Break, the average speed of cobots is estimated to be at 250mm, which is about four times less that of an industrial robot. This means high speed applications, such as sorting of packaging, are not best suited for a cobot. However, some of the most innovative cobots can calculate an alternative path when they sense the presence of an obstacle, such as an operator’s hand. This allows them to carry on with their task in a safe way, without having to compromise on productivity.

Payload is another feature cobots lack for safety reasons. They can usually carry weights of between three to ten Kgs and very rarely heavier than that. Fanuc’s CR-35iA Collaborative Robot is one of the strongest cobots on the market, capable of lifting 35 Kgs, which makes it a more suitable candidate for jobs in palletizing and load transfer.

On the contrary, industrial robots can carry up to two tonnes of load. This issue limits the applications and industries cobots can be used for, especially in heavy industrial sectors such as automotive.

Furthermore, with safety being such an important part of cobots, manufacturers need to obtain various safety approvals to deploy cobots. Adding new tasks to a cobot’s list or relocating it requires further authorisations. Nevertheless, this is not necessarily a negative thing, since it can significantly reduce workplace injuries.

Considerations such as safety, power requirements, or precision are vital for the smooth operation of cobots alongside humans. Cobots have a huge potential to overcome workplace limitations and transcend the boundaries of Industry 4.0, but only if manufacturers consider all the aspects related to their implementation. At EU Automation we help manufacturers make informed decisions and choose the best components for their production.

To keep up to date with the latest developments in manufacturing head to our Knowledge Hub at www.euautomation.com/uk/knowledge-hub. 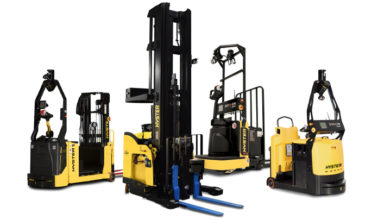 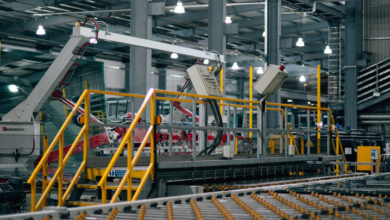 The sense of touch 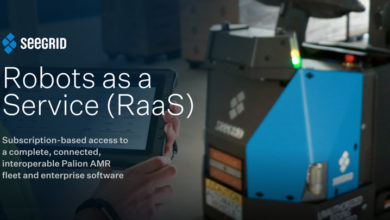 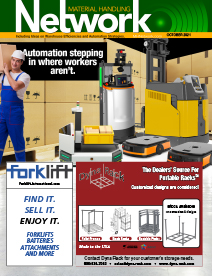