Formerly OXEA, OQ Chemicals is a global producer of over 70 oxo chemical solvent products used in coatings, lubricants, sunscreens, cosmetics, printing inks and more. Its Bishop, Texas facility, located just outside of Corpus Christi, is a derivatives production facility and one of three OQ U.S. operations.

With a strong emphasis on operational efficiency and sustainability, over the past six years, the facility has undergone a massive digitalization and sustainability upgrade to improve productivity and control costs. As part of the program, Bishop’s Senior Instrument & Electrical Specialist Marcus Rubio began looking at the facility’s assortment of lighting as a potential opportunity.

“When I came here in 2013 from our Bay City site, I noticed that we had about seven different types of lights in use—everything from metal halides and high-pressure sodium to fluorescent, incandescent and even mercury vapor,” Rubio said. “That became one of my first goals: to standardize the lighting.”

The problem with this smattering of fixtures was the overwhelming maintenance. Not only did it require procuring and storing an extremely wide range of delicate bulbs and ballasts, but it was a never-ending chore that very often required crews to erect scaffolding, sometimes just to reach a single fixture. That process turned a simple bulb change into a day-and-a-half long affair—for each fixture.

“We were spending a lot of time relamping,” Rubio said. “We had a 2-3 person relamping crew in Bay City, and that’s all they did. As soon as they made their way through the plant, they’d just start over again. It was a huge waste of time and costly.” We did not have the personnel for relamping in Bishop therefore, we had to find a good quality light.

During his 25 years at the Bay City plant, Rubio had installed some first-generation Dialight LED High Bay fixtures. He’d been impressed with the heavy-duty, industrial-grade craftsmanship of the fixtures and the quality of light, so he reached out to the Dialight rep for some information. Meanwhile, a preferred vendor was selling another brand of fixtures, so Rubio gave those a try as well.

“We installed both fixtures as a trial, and the differences between the Dialight area light and the other manufacturer were significant,” Rubio said. “The Dialight fixtures had a lower profile and the quality of light was better. We got the operations folks involved and we all agreed that we liked the Dialight units better.

“So, we decided to standardize on Dialight Class I Div 2 fixtures across the plant,” he continued. “We didn’t want to take a chance of installing a non-hazardous fixture in a hazardous location, so we played it safe and went with all Class I Div 2 for the added peace of mind.”

Over the past 7 years, the Bishop facility has since retrofitted some 226 area light fixtures with Dialight products, including 24 flood lights, 48 linears, and 6 high bays. And, the company has just purchased six of the latest Dialight Reliant High Bays to replace the overhead fluorescent fixtures in its welding shop, which are at significant risk of being damaged by the pipe and conduit typically handled there. These lights have far less shadowing for the pipefitters and welders when they perform their tasks. There are four other shops like this that will be converted in the near future. The highly durable Reliant fixtures will provide a safer, more resilient lighting solution compared to the delicate fluorescents.

Overall, Rubio says the investment in the Dialight retrofit has been “a positive for us, all around.”

“We haven’t had to relamp a single light in almost seven years, and haven’t had a single Dialight fixture fail, so the cost savings for relamping alone is huge,” he said. “I no longer have to buy ballasts and lamps, store them all and figure out which one goes where.”

Aside from the hard costs of material procurement, OQ has also saved a substantial amount in labor expenses and eliminated the need to build scaffold, rent a crane or other expenses related to relamping. “Now, relamping isn’t taking away from the essential work that needs to be done in the plant,” Rubio said.

In addition to the maintenance savings, Rubio says the improvement in the lighting has been an “amazing difference.”

“When I was still working with my tools back in Bay City, the HPS lighting made it so hard to see,” he said. “Now our operations folks are getting all kinds of compliments from employees, vendors and partners about the quality of the lighting in our plant, which is a big benefit from a safety point of view. Plus, it eliminates the cost of having to rent portable lighting, so that’s another big savings.”

The Dialight Difference is Quality, Value and Service

Rubio says the impressive color quality and lumen maintenance of the Dialight fixtures compared to the competitor’s has also illuminated the value of Dialight’s customer service. Because of a previous preferred vendor partnership, OQ was required to purchase a large quantity of the competitor’s fixtures, but when those lights started turning yellow not long after installation, Rubio says “it was like pulling teeth to get them to figure out why this was happening.”

“When I told them about the problem, it took a long, drawn-out process to get them to even admit they had a problem and mitigate it,” he said. “Dialight’s fixtures, on the other hand, are covered by a warranty for up to 10 years.

“That was another big deciding factor for us,” Rubio said. “The light quality has been outstanding, and in 7 years, we haven’t seen any decline in color rendering like we did with the competition. And, we know that if there ever is a problem, Dialight will take care of it without hassle.”

With OQ’s emphasis on sustainability, the energy savings of converting to LED has also been a key benefit. With per-fixture consumption at least 60% lower with Dialight LEDs compared to conventional HPS fixtures, Rubio estimates the company is saving over 500000kw hr in electricity each year. That translates to a substantial reduction in greenhouse gas emissions and a lower overall carbon footprint for OQ’s operations.

Meanwhile, conventional HPS and fluorescent bulbs, like the ones previously in use at OQ, also contain toxic levels of mercury and phosphorous. When broken, that puts workers in danger of exposure, which can happen often due to frequent maintenance. It also means added costs for hazmat disposal. But, the Dialight fixtures contain zero hazardous materials, which means they’re safer for employees and the environment, and they require no special handling. In fact, many components can even be recycled.

The conversion and standardization on the Dialight industrial LED lighting platform has been so well received that OQ is continuing its plant-wide upgrade. Rubio estimates the Bishop site will be fully converted by 2022, and he’s been promoting the initiative company-wide through internal newsletters and memos about the project’s success.

“People have been so amazed with the improved visibility and safety in our facility, and I’ve been recommending the Dialight product to everyone,” Rubio said. “LED lighting is the future of safe, efficient industrial lighting and Dialight is at the top of the class.”

To learn more about Dialight’s industrial LED fixtures for chemical, petroleum and other hazardous location use, visit www.dialight.com.

Seeq Recognizes Nukon as Their 2020 Partner of the Year

The Internet of Things Requires Mobility. Are You Ready? 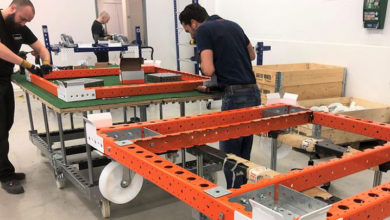 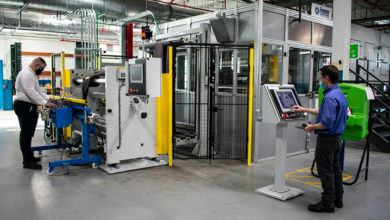 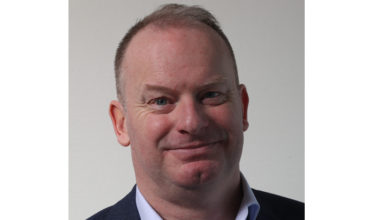 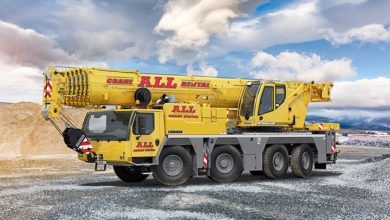 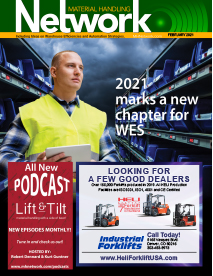 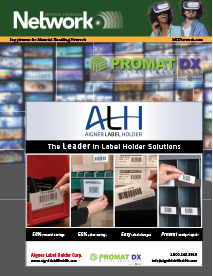