As negotiations between the Pacific Maritime Association and International Longshore and Warehouse Union near a critical deadline, manufacturers sound the alarm about the potential economic consequences of a port stoppage if a disruption were to occur over two weeks at the ports of Los Angeles and Long Beach, the nation’s largest port complex. According to a study by Inforum Economics, a 15-day disruption would cost the U.S. economy nearly half a billion dollars a day—for a total of $7.5 billion—and destroy 41,000 jobs, including more than 6,100 in manufacturing.

As the industry continues to grapple with historic supply chain challenges, inflationary pressures, and rising transportation and energy costs, manufacturers are calling on the parties to reach an agreement immediately to avoid this continued uncertainty.

“The ports of Los Angeles and Long Beach support a major share of cargo relied upon by American businesses and consumers, supporting supply chains across the entire country. With supply chains already stretched thin, inflation at its highest level in four decades, and concerns of a recession rising, any disruption would mean a devastating hit to our economy and to manufacturers’ competitiveness,” said National Association of Manufacturers President and CEO Jay Timmons. “The disruption would be felt immediately. Manufacturing jobs will be lost if parts and supplies don’t arrive. New equipment, machinery, and products can’t be built when ships are backed up and there is no one available to unload and process cargo. Our overseas customers won’t wait for us to fix these disruptions, either—they’ll simply find other suppliers, weakening U.S. manufacturing competitiveness in the process.

“This is why the Pacific Maritime Association and the International Longshore and Warehouse Union must not allow a disruption at these ports. Manufacturers, our millions of employees and the countless others whose lives and livelihoods depend on the products we make are counting on the PMA and the ILWU to reach a resolution and keep the ports running.”

Background: At the time of publication, the PMA and ILWU are engaged in labor negotiations. The NAM commissioned an analysis using the Inforum LIFT economic model to quantify the impacts of a 15-day closure at the Los Angeles and Long Beach ports. Specifically, it estimates how such a closure would impact U.S. employment, output, and income. These ports have experienced historic disruptions and bottlenecks since late 2020, and nearly 84% of manufacturers now list freight and transportation costs as a key driver of inflation.

To view the full report of the National Impact of a West Coast Port Stoppage, click here. 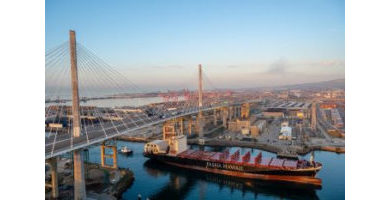 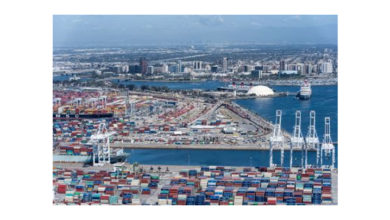