The KION Group is expanding its hydrogen propulsion range. The global intralogistics group will soon develop and produce its own fuel cell systems for its industrial trucks. The company is going to invest more than €11 million in this technology. The KION Group plans to launch its own 24 V fuel cell system for warehouse equipment to the market in spring 2023. Completion of the fuel cell portfolio is expected to follow in the coming years. This means that the KION brands will soon be able to offer their customers everything they need from a single source: the forklift, the fuel cells, and the associated service.

“As of today, the KION Group will be the only manufacturer of forklifts and warehouse equipment in the European market to produce its own fuel cells, something that truly sets us apart,” says Rob Smith, CEO of the KION GROUP AG. “There is huge demand from our customers and we hope that this technology will allow us to meet ever-increasing calls for intralogistics to become more resource-conscious and sustainable, while at the same time also meet demands for rapid refueling.”

The group plans to supply the first forklift trucks with its own fuel cell systems this year.

Easy and Practical, Fast and Clean

The advantages of fuel cell technology are manifold. The energy system does not generate any emissions during operation, making it ideal for use in warehouses. If the hydrogen also comes from regenerative sources, e.g., biogas or electrolysis from the sun or wind energy, it is climate neutral. A further advantage of the energy system comes to the fore when stopping to fill up at the hydrogen filling station: Fully refilling the tank takes just one to three minutes. This helps minimize interruptions and increase the availability of forklifts—a massive advantage for multi-shift operations and for large fleets. A further advantage is that they contain no toxic acids or other pollutants, a real plus not just in terms of recycling, but also for daily operation. For example, this makes the fuel-cell drive an attractive alternative to a lead-acid battery, particularly in hygiene-critical industries such as the pharmaceutical and food industries.

Hydrogen Production at the Aschaffenburg Site

Alongside the development and production of fuel cell systems, the Group is also installing its own hydrogen production at its Aschaffenburg site. The construction work for a state-funded hydrogen filling station including an electrolyzer is nearly finished. After construction work on the hydrogen infrastructure is completed, 21 hybrid fuel cell systems will be put into operation and will replace the majority of the forklifts with combustion engines that are currently in operation at the site.

Decades of Experience With This Energy Source

The KION Group brands were quick to embrace the idea that hydrogen and fuel cell technologies could offer significant potential for intralogistics. KION subsidiary Linde Material Handling GmbH (Linde MH) has been focusing intensively on this multi-faceted technology since 1997 and began series production of its first trucks with this technology in 2010. Today, Linde MH offers one of the widest portfolios of fuel cell drive industrial trucks on the market. Around 80% of all models are available with this future-oriented drive technology, including pallet trucks, tractors or reach trucks, and counterbalanced trucks.

The technology has also been a core part of KION subsidiary STILL GmbH’s product portfolio for many years. For its customers, the company has been implementing regular hydrogen projects for various truck types since 2003. STILL is currently operating one of Europe’s largest fleets of forklift trucks with hydrogen drive for a customer in France. KION subsidiary STILL has also entered into a partnership with Hydrogentle GmbH to be able to better advise and support its customers in all things fuel cell technology. The partnership is aimed at planning special plant engineering projects, producing feasibility analyses, and advising customers on the topic of hydrogen infrastructure, from initial conversations through to the supply of complete hydrogen infrastructure for filling industrial trucks.

In fuel cell systems, energy is obtained through a chemical reaction between oxygen (O2) and hydrogen (H2), which feeds a compact lithium-ion battery. This hybrid combination powers the forklift truck by supplying the drive and lifting motors with energy. The fuel cell generates the electrical energy required to operate the forklift truck directly on board. The only by-products generated during “cold combustion” are heat, water vapor, and pure water. 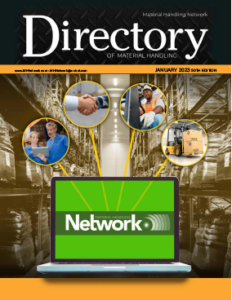