Kinedyne LLC, designer, manufacturer and distributor of cargo control technologies, including cargo securement, capacity and access solutions for the transportation industry, announced the family of new ultra-heavy-duty load securement straps. The new RHINO MAX brand of winch straps and ratchet straps will replace Kinedyne’s abrasion-resistant Rhino Web line. The K-FORCE brand of winch straps, ratchet straps and logistics straps is a completely new offering from the company. The new and improved RHINO MAX and K-FORCE straps will be displayed for the first time at Heavy Duty Aftermarket Week (HDAW) 2018.

Kinedyne weaves its own webbing in the U.S. and is able to maintain strict quality control over its entire manufacturing operation. The new RHINO MAX and K-FORCE straps are engineered to manage heavier loads and employ more polyester material in the body of the strap than Kinedyne’s previous webbing.

Kinedyne also used its advanced engineering capabilities in the development of its new RHINO MAX brand winch straps and ratchet straps. Significantly stronger than its Rhino Web predecessor, RHINO MAX load securement straps are coated with the same award-winning abrasion-resistant chemical coating that made Rhino Web a favorite of fleets and owner-operators looking for a strap capable of standing up to severe-duty environments. The new straps retain the famous rhino-gray color.

Rhino Web changed webbing durability standards when it was introduced in 2002, and now, with the enhanced WLL of our new RHINO MAX, there is no equal for its strength and durability, Wolford said. With RHINO MAX, users will secure heavier loads with fewer straps and will continue to appreciate the famed Rhino toughness. 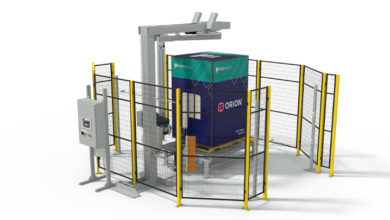 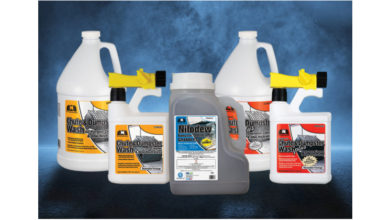