As the world finds itself rapidly adopting virtual meetings, many people struggle while attempting to translate the in-person experience to an online format. Luckily, there are some tried and true actions neophytes can take to have their online gatherings running like clockwork. By following ten strategies for surviving in the virtual world, a newbie can perform like a pro in record time.

Strategy One: Know what you want to accomplish.

Just as it’s important to have a game plan for an in-person meeting, it’s essential that you have a goal for any online get-together. Are you informing, gathering information, looking for opinion, making a decision, or something else? If you don’t know, your meeting is not going to feel as tight as it could, and you won’t look as put together as you might had you done some thinking in advance.

Once you know the goal, it should inform the meeting’s length, number of attendees, and desired level of interaction. For example, if you’re discussing your company’s new telecommuting rules and short-term business plans, you’re probably not seeking opinion but instead providing information and perhaps answering questions. Given the one-way nature of the bulk of that gathering, you can probably accommodate far more people than you could if your goal were to elicit opinion and seek input.

Most people will do what you ask them to do if you ask them to do it and you model the behavior. Be specific and direct. If you want people to share their cameras, have a slide outlining your request as people join the meeting. If you want them to raise their hands to answer a question, raise your hand when you ask it. If you want people to type something in the chat box, you should type as they are typing. The more deliberate you are in your instruction and actions, the better your chances of seeing what you want to see.

Just as an in-person meeting can benefit from an agenda, virtual meetings need a roadmap or itinerary. Furthermore, in the virtual world it is helpful to show the agenda several times during the meeting and point out where you are on the schedule. An agenda check refocuses people who may have drifted off and it gives them an easy onramp back to the meeting. Furthermore, acknowledging where you are in the process gives people a sense of movement (or lack of movement, for that matter) and helps the group stay on task.

When it comes to technology, the virtual world is not equal. In a typical meeting, some participants will have equipment and bandwidth worthy of a Hollywood production, while others will appear to have a dial-up line reminiscent of equipment from the previous century. For that reason, it’s important to think about what could go wrong and how to troubleshoot potential problems before they occur. For example, will you record and post the meeting for people who have difficulty joining? Do you have a dial-in number for those attendees who can’t get VoIP technology to work correctly? Will you send slides in advance for people who have difficulty logging in altogether and must rely solely on a PDF? The more you prepare for problems, the easier they are to deal with should they arise.

If at all possible, it’s a good idea to arrive to your virtual meeting well in advance of your participants. The time you have in the virtual room before it fills will give you an opportunity to troubleshoot your technology, get comfortable in your seat, and welcome early birds as they enter the room. Your early arrival also allows you to avoid having participants wait in a lobby. In principle, the lobby is a neat concept. In practice, it can work against you. If participants arrive to a lobby, they will more than likely work on other tasks as they wait for you, and you’ll have to work harder to get the full attention they were initially prepared to give you.

Strategy Six: Accept You Are in a Competition for Attention

Nothing says multitasking opportunity like a web-based meeting. Even the most effective presenter competes with a participant’s inbox, other work, and just about any activity that is potentially more interesting. You will have to double or even triple your efforts to keep virtual attendees involved. Putting yourself on camera and asking participants to appear on camera is only the first step. Next, you have to think about ways to keep people’s eyes on the screen or handout and their hands busy about every two minutes. Two minutes? Yes! People want to be engaged. If they don’t engage with you, they will engage with something else.

The longer your meeting, the more important it is for you to add variety. If you are taking a poll, for example, consider conducting one using one that uses fingers held up to screen, another that uses the systems polling function, one that requires people to stamp a shape on a Likert scale displayed on a slide, and another that requires attendees to type a number in the chat box. The idea is to avoid becoming predicable. Slide, slide, poll; slide, slide, poll; slide, slide poll equals BORING.

Just as people participate in in-person meetings at various levels, the same thing will happen in the virtual world. A good meeting facilitator will take action to add balance. For instance, “I’m going to throw this next question to the people I see in the second row on my screen. That’s Jane, Josh, and Juan.”  In that example, nobody is individually put on the spot. However, those three participants know that at least one of them is on deck to speak next. In addition to calling on a few people, you should also consider directing people to different channels.

It takes time to master a virtual meeting program, and even the pros can find it difficult to wear half a dozen hats at once. If you are running a large meeting or new to the process, consider assembling a team. For example, designate someone to troubleshoot tech problems for attendees, assign a chat monitor to bring anything to your attention you don’t see right away, and so forth.

Strategy Ten: Limit Your Time and Use it Wisely

No adult wants to sit for more than two hours at a time, and this is especially true in the virtual world. If you plan to move a six-hour meeting online and leave the agenda essential as is, think again. For meetings that are essentially information-sharing exercises, consider limiting yourself to one-hour blocks. For interactive conversations, as a rule of thumb, you should be able to get away with two hours at a time. Rarely, if ever, should you schedule more than four hours a day. And those four hours should include a generous break if possible. If you need more hours to accomplish everything you need to, consider running smaller meetings with fewer people, spreading a long meeting over several days, or sharing video recordings instead of bringing people together if they would accomplish the same result.

It’s a new world for many people taking the plunge into the world of virtual meetings, and now is the time to get comfortable. Take the time now to leverage a few simple strategies that will get you on solid footing. Paying attention to what you like and don’t that others do in their meetings will help you grow. Asking for feedback from your attendees will further accelerate the process. May your next online meeting be a smashing success.

Kate Zabriskie is the president of Business Training Works, Inc., a Maryland-based talent development firm. She and her team help businesses establish customer service strategies and train their people to live up to what’s promised. For more information, visit www.businesstrainingworks.com. 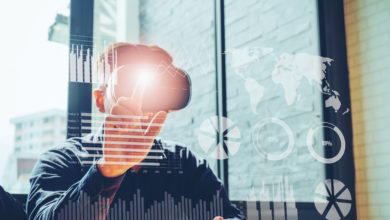 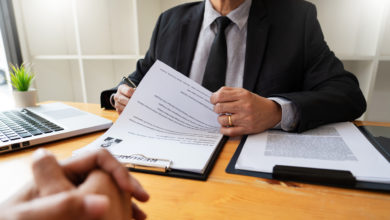 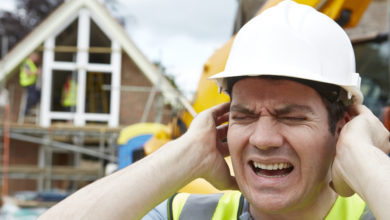 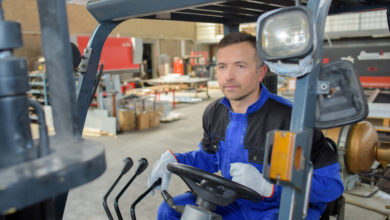 Companies Can Increase Production With A Lithium ion Forklift Battery