The Cincinnati Zoo & Botanical Garden returns manatees Miles and Matthew to Florida as it prepares to rehabilitate Truffleshuffle, the 20th manatee to be cared for in the 20 years that it has participated in the U.S. Fish and Wildlife Service’s Manatee Rescue and Rehabilitation Partnership (MRP), a program designed to rescue and treat sick, injured and orphaned manatees and then release them back into the wild. 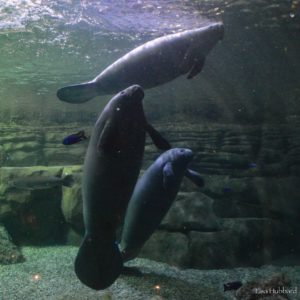 In the wee hours of October 15, Miles and Matthew flew, accompanied by two Zoo staff members, via DHL from Cincinnati to Orlando, where the SeaWorld Orlando care team was ready to transport them to their facility.  Hours later, another rescued orphan began his journey back to Cincinnati to be rehabilitated along with a male, Pippen, that was not quite ready to be returned to Florida with the other two residents of Manatee Springs on this trip.

“When we brought Pippen, Miles and Matthew to Manatee Springs our hope was that they would return to Florida together. But just as human children experience variable growth rates so to do young manatees,” said Cincinnati Zoo’s Curator of Invertebrates & Manatees Winton Ray.  “Pippen, who currently weighs about 500 pounds is thriving, he’s just naturally a smaller animal and will need another year to reach to the minimum release weight of 600 pounds. He will be a great companion for Truffleshuffle, who currently weighs 435 pounds. We expect Pippen and Truffleshuffle to return to Florida next fall and to be released in early 2021.” 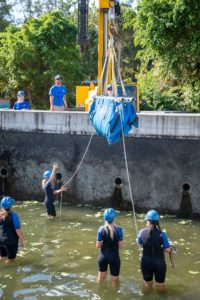 It takes planning, cooperation and plenty of muscle power to move multiple manatees between facilities that are hundreds of miles apart, but the Cincinnati Zoo has been doing just that for the last 20 years with help from DHL.

“DHL has been working with the Cincinnati Zoo for many years and is always honored to play a key logistics role in the effort to return and release manatees into the wild,” said Cain Moodie, SVP of Network Operations, DHL Express Americas. “The DHL team reviewed every detail of the transport to ensure that Miles and Matthew received VIP treatment for their safe return all the way home, and we brought Truffleshuffle back the same way.”

The Florida manatee, downgraded from endangered to threatened in 2018, is at risk from both natural and man-made causes of injury and mortality. Exposure to red tide, cold stress, and disease are all problems that can affect manatees. Human-caused threats include boat strikes, crushing by flood gates or locks, and entanglement in or ingestion of fishing gear. As of 2016, the population was estimated to include 6,000 animals.

The future of the oil & gas sector is now 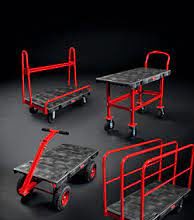 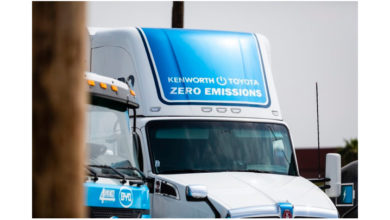