With the new and versatile OTU (the Omni-directional Transfer Unit) from Avancon one determinates the transporting direction. Similar to the railway track, all goods are guided into different directions by moving in line of a natural curve or a crossing with OTU. These new key elements allow to build easily any size of crossings or diverters in conveyors systems with versatile OTU-bricks. But it is also possible to build crossover transport, sideways movements or even sorters.

In a similar way goods have to be moved in distribution and logistics centers.

In modern internal conveyor and distribution systems, millions of cartons and boxes are moved daily worldwide, whether for postal and parcel services, online shops, logistic companies, pharmaceutical wholesales, in internal distribution or at airports.

The flow of goods is growing all over the world: between Asia and Europe and America as well as within the European Union. What is loaded somewhere and shipped in a container, has been previously been sorted, distributed, palletized and has to be de-palletized, sorted and distributed in the destination country again.

Of course, everywhere in the internal logistics one need conveyors, which have to be equipped with switches, diverters and crossings and sorters in order to change the direction in order to transport goods to the different destination.

But how did this all work so far? – There have been many expensive constructions; for example, transfers which lift pneumatically, diverters that slide sideways, drive belts with built-in wheels, which are moved by an underlying belt, diverters, which are moved by means of pneumatics and their wheels are driven by a shaft mechanism and many other complicated systems. These pneumatic cylinders, pneumatic controls and pneumatic pipe installation and compressors become obsolete through this new invention. Also, special shafts mounted below the transfer tables with twisted round belts, fall away.

Because now there is something very simple from the Swiss Avancon. This so-called “OTU” Omni-directional Transfer Unit is an idial component that moves goods in almost any direction and that you can use for all those purposes as infeeds, switches, diverters, crossing, transfers, sorters and so on. These OTUs can be universally combined to “OTU tables” in any length and width, adjusted respectively to the largest product to be conveyed as cardboard boxes or plastic boxes or anything else with flat bases.

The single element, which consists of several detailed parts made of valuable and strong Techno-Polymers, is 75 x 75 x 133 mm in size, is assembled together in dovetail similar forms and over-head confected with the belt and combined with a toothed rack. Where the toothed rack, which causes the movement of the rollers in any direction (nearly 360E°). For instance in a diverter/switch the transporting rollers build a natural curve to transport the goods into the right or left direction. So the transport can be done very fast but smooth and uses less space.

This OTU element was developed and worldwide patented by Dieter Specht, co-founder of the Interroll Group and is manufactured and sold worldwide by Avancon SA, Riazzino /Switzerland via Conveyor Manufacturers. 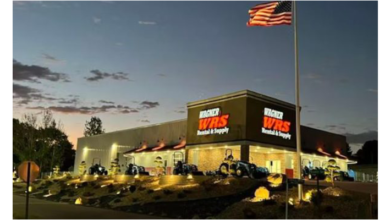