Batteries help power the material handling industry. The use of lithium-ion batteries in the market is on the rise, according to some in the industry. This month, Material Handling Network shares insights from lithium battery companies about the latest trends and projections for the future.

Flux Power is a company that designs and manufacturers lithium-ion batteries for a full range of Class 1 through Class 3 equipment, according to Justin Forbes, director of business development, who said the business has strong relationships with original equipment manufacturers. “In terms of focus, ours is on large, Fortune 500-type customers. Customers who have larger fleets,” he said. Flux Power has long held an emphasis on the value of “high quality, innovative products” and worked to maintain strong product support for its customers, Forbes said. “We know these large corporate customers want a relationship. They want to buy batteries year-over-year,” he said.

At Green Cubes Technology, Robin Schneider agreed. “As much as we like to say that lithium-ion is a plug-and-play product, there’s always some learning curve involved so service is important in this industry,” said Schneider, director of marketing.

A similar need is being filled for consumers of OneCharge, Inc. “OneCharge is more than a manufacturer, our partners recognize our expert sales engineers for always going the extra mile to meet the customer’s needs and support our dealers,” said Maxim Khabur, Director of Marketing. OneCharge is a U.S. manufacturer producing lithium-ion batteries for the material handling industry, including nearly all makes and models of lift trucks, as well as models to fit many sweepers and scrubbers, and more, according to Khabur. He said the company manufactures a large line of lithium-ion electric forklift batteries for the material handling industry – 650 and counting.

At OneCharge, the company is working on standards for lithium battery integration with the lift truck and charger manufacturers such as Hyster, Yale, Combilift, Aisle-Master, Crown, Ecotec, Posi Charge, and others, according to Khabur. He said the company has developed a know-how and practical knowledge of manufacturing extra powerful high-voltage industrial batteries for material handling equipment. On the other side of the spectrum are smaller pallet jack batteries, which are among the company’s latest developments, Khabur said.

Upfront costs of lithium-ion remain higher than lead-acid, so there are some operations in which utilizing lead-acid batteries makes sense, Forbes said. “If you have very low utilization of trucks, it’s probably not going to be justified from an economic standpoint” to buy lithium-ion, he said. But for those operations running multiple shifts, the investment in lithium typically has a quick return on investment, according to Forbes. “Customers can see a payback or break even in two to three years,” he said. One of the significant things Forbes has observed in recent years is a growing understanding of lithium-ion battery technology. “Now as a technology it’s much more accepted and people are much more aware,” he said.

Green Cubes Technology contains three groups; motive, mobile and stationary, according to Schneider. She said the motive group includes battery and charger production for material handling equipment, primarily Class 1, 2, and 3 lift trucks. “We supply batteries into the material handling channel through a number of ways,” she said.

According to Schneider, Green Cubes Batteries are integrated directly in some lift trucks, are directed to OEMs, and are sometimes sold directly to large enterprise customers. “We also supply through lift truck dealers, primarily through the Hyster-Yale network,” she said. Like Forbes, she has witnessed a growing understanding of the technology and said she typically no longer needs to explain the value proposition of lithium to customers. “I am continually astounded by how the technology has taken off,” said Schneider, in describing the growing familiarity of lithium batteries in the material handling industry. “I think we’ve gotten to the point where we’ve passed the early adoption phase,” she said.

As to the value proposition of lithium-ion, Schneider said the calculation for customers still is about safety, efficiency, and total cost of ownership. While Schneider said that purchasing lithium-ion batteries makes the most sense for operations with multiple shifts, some other scenarios have come up. One of Green Cube’s potential customers only operates trucks for two or three hours daily but told Schneider he was willing to consider the significantly higher upfront costs of lithium-ion in the interest of safety and saving on insurance costs.

She added that the move by some in the lead-acid battery industry to offer opportunity charging has helped prime the market for lithium batteries. “If they buy lithium-ion, they can seamlessly put (opportunity charging) in” to an operation, Schneider said.

Businesses in the lithium-ion battery industry have not been entirely immune to the global shifts in the supply chain, Forbes said. “It’s been interesting. I think it’s been impactful almost everywhere,” he said, of supply chain disruptions. As Flux Power purchases components for products, some of the delays have affected the company. “If you pair delays with increasing demand, it has caused our lead time to extend to seven or eight months. Typically, it’s closer to two to three months,” Forbes said.

The computer chip shortage is one of the areas impacting the industry, according to Forbes, which projected that the shortage will last into 2023. Schneider agreed. “It is not as much on the cells that are inside the batteries. It’s mostly the electronics, the same electronic supply chain constraints you’re hearing about in the automotive industry,” she said, of what is currently causing delays. So far, the delays have been manageable, according to Schneider.

At Flux Power, Forbes said the business is taking a few steps to meet current needs – using alternate suppliers, ramping up staffing, and more to increase production. Customers are also responding by sending letters of intent for purchases in 2023 and 2024, according to Forbes. “We haven’t seen this before,” he said. “Customers are looking to try and reserve production capacity and are community strategically with us.”

At OneCharge, Khabur said the company’s customers have reported labor shortages and labor costs as current challenges. “Automation and robotics adoption by our customers is one of the solutions to this persistent problem,” he said, noting that OneCharge is partnering with many of the automated guided vehicle manufacturers and companies developing driverless solutions. “We are witnessing increased demand for this equipment from our customers. AGVs are used more instead of pedestrian walkie stackers and pallet jacks,” Khabur said. “Lithium batteries are one of the main technologies enabling AGVs to improve operational efficiency.”

While the market share for lithium-ion batteries remains smaller than other power sources, Forbes said he believes the demand will continue to grow. “We used to track five or six direct competitors. Now there are probably over a dozen,” he said. The future of the industry in the next few years will likely be focused on quality and possible consolidation of businesses, according to Forbes.

Flux Power is working on a redesign of its products for a consistent battery look, with the first phase released in production this past July. “It’s an exciting business to be in,” Forbes said.

“For a lot of customers, it comes down to timing,” he said, noting that for those who purchased lead-acid batteries in the last year or two there might not currently be an incentive to consider lithium-ion. “But it’s on the radar. More and more manufacturing facilities are operating 24/7 and are using AGVs and ARMs where they’re able to have those types of equipment. Lithium is a natural fit for that industry,” Forbes said.

Schneider foresees a move to higher voltage products, noting a similar trend in the automotive industry. “We see that coming down the pike for the material handling industry as well,” she said.

Green Cubes Technology also recently introduced a line of chargers for its lithium-ion material handling batteries, according to Schneider. “This sort of makes a one-stop-shop,” she said, noting that the company’s chargers allow three trucks to charge with a very small footprint and a single utility line. “That also continues to lessen infrastructure costs,” Schneider said.

On the environmental front, Khabur said OneCharge is joining forces to fight climate change and curb CO2 emissions. “Electrification of passenger cars is talked about a lot, but there is little public attention to millions of off-highway vehicles,” he said. “OneCharge is actively cooperating with non-profits and journalists to win over the corporate decision-makers, who have the power to switch to sustainable lithium power today, rather than tomorrow.”

How Can Port Terminal Operators Save Money On Heavy-Duty Forklift Equipment? 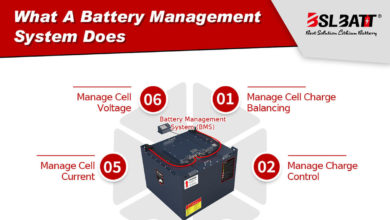 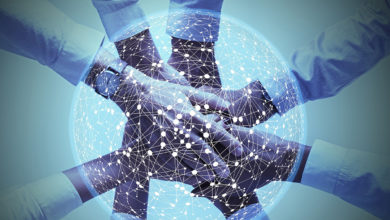