Have you ever heard the saying “A lesson learned the hard way?” That is what comes to mind when I think of a recent accident here in Ohio. In the early morning of the first working day of 2016, a pedestrian was struck, drug a substantial distance and then crushed to death by a forklift at a fortune 500 manufacturing company. Unfortunately, this scenario plays out way too many times each year at companies across the United States, however this one had a little different outcome. Most of these pedestrian deaths and serious injuries are just recorded as tragic accidents, for which there is little punishment to the forklift operators, other than maybe getting a slap on the wrist or losing their job. In this case, the outcome was a bit different.

The back story on this case involves a very experienced forklift operator, who had been certified and knew how to safely operate his forklift at the site. The problem is, that knowing is one thing and doing is another. According to co-workers interviewed after the accident, this operator was not safe and not doing the right things to keep others safe. In-plant cameras also caught the operator running six stop signs in the hour prior to the accident, so even though the accident itself was not caught on camera, it was not a stretch to determine it was unlikely that he had stopped before running down the pedestrian (who was located right in the middle of a well-lit, well-painted crosswalk, which was also equipped with stop signs and stop bars in each direction.) The forklift was carrying a load that blocked his functional forward view, which should have forced him to travel in reverse, so a number of cardinal forklift safety rules were broken that day.

Companies fear OSHA, but OSHA did not cite either the operator’s company or the host company. The operator told OSHA what they wanted to hear and they apparently believed it. Thankfully, the local prosecutor was not buying the story and held this operator responsible for his actions. This operator was convicted of one count of reckless homicide, a third-degree felony, and sentenced to three years in prison. This was a lesson that did not have to be learned the hard way. Companies need to do a better job of monitoring their forklift operators; things like blowing through stop signs and driving with blocked views are easy to see in every day operations across the United States. Forklift operators need to realize that they must follow the rules all the time and every time and that they have the same legal liability in driving a forklift as they do in driving a car.

In the end of this story everyone loses. A wife loses a husband, two children lose a father, co-workers lose a friend, the operator’s family loses him for three years, the operator himself loses his freedom and his company likely paid huge money in the out of court civil settlement with the family. The only positive is that this cautionary tale may actually save other lives if we get the word out before something like this happens again.

Stay calm and walk on 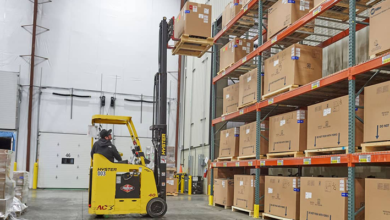 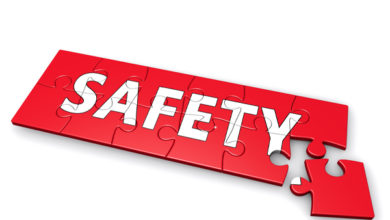 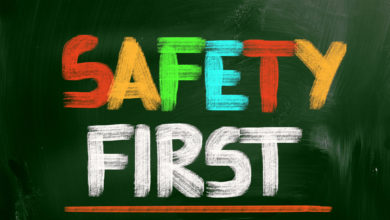